Denis Diderot was a French philosopher and critic during the Age of Enlightenment. Born in 1713 in Langres, France, Diderot was educated at the University of Paris. From 1745 to 1772 he served as editor of L'Encyclopedie, which he fashioned as a journal of radical revolutionary opinion. He was a leader in the movement to challenge both church and state by furthering knowledge. Diderot also wrote several critical and philosophical works including Pensees sur l'interpretation de la nature (Thoughts on the Interpretation of Nature, 1754). In addition, he published essays based on personal experience, as well as several plays. As a philosopher, Diderot speculated on free will and held a completely materialistic view of the universe; he suggested all human behavior is determined by heredity. He is recognized now as an art critic of the first rank. His Essai sur la peinture (Essay on Painting, 1796) won him posthumous praise as a critic of painting technique and aesthetics. He died in Paris in 1784 and was buried in the city's Église Saint-Roch. His heirs sent his vast library to Catherine II, who had it deposited at the National Library of Russia. 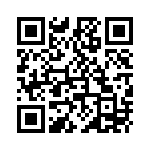