Abdul Wahab Al-Bayati is a world renowned poet whose career has spanned many decades. Born in Baghdad in 1926, he is known as the pioneer of the Arab free verse movement. his work is steeped in mysticism and allusion and its language is rich and subtle. Departing from classical forms in substance as well as in structure, he writes of the experience of alienation in the contemporary Arab city, of dreams of transcendent love, of nobility in death, and of the uncertainty, pain, and rootlessness of exile. This collection is the first English translation and the first bilingual edition of his work to be published in the United States. 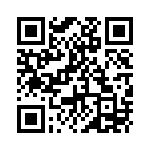