Hans Ulrich Obrist (Zurich, Switzerland, 1968) is a Swiss curator and art critic. In 1993, he founded the Museum Robert Walser and was curator for contemporary art at the Musée d'Art Moderne de la Ville de Paris. He presently serves as the Co-Director, Exhibitions and Director of International Projects at the Serpentine Gallery, Kensington Gardens, London. This volume will feature art and art projects by Susan Hefuna from the past 5 years, shown in the following international solo exhibitions (Selection): "grid", installation, National Gallery, Cape Town (2000), "Made in Egypt - 4 Women - 4 Views". Townhouse Gallery, Cairo (2002), "Life in the Delta", Vacio9 Gallery, Madrid (2002), "DisORIENTation", Haus der Kulturen der Welt, Berlin (2003). Al Ghitani (born May 9, 1945) is an Egyptian author of historical novels and cultural and political commentaries and is the current editor-in-chief of the literary periodical Akhbar Al-Adab ("Cultural News"). Marcus Peter Francis du Sautoy (born August 25, 1965) is a Professor of Mathematics at the University of Oxford. 2008, he was elected to the Simonyi Professorship of the Public Understanding of Science. He is one of the UK's leading scientists, he writes for The Times and The Guardian and has appeared several times on BBC Radio 4 and television. Alaa El-Aswany (born 1957) is an Egyptian writer, and a founding member of the political movement Kefaya. Trained as a dentist in Egypt and Chicago, USA, his novel,"The Yacoubian Building", an ironic depiction of modern Egyptian society, has been widely read in Egypt and throughout the world. His second book, "Chicago", was published in 2007. 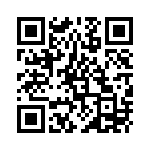