One of the best ever. Kampan is an unforgettable and sensational book of our generation. Kampan, has ultimately satisfied me. It's completely a masterpiece of 2018. Kampan is an encyclopedia of human emotional touch. Without any doubt, I can say that this book will endow its reader with indelible insight into the untold miseries and pains of the victim of earthquakes in Nepal. So why you are still waiting, just read it and share it.
This book is a collection of experiences of well-established people and other people who became victims of Nepali earthquake. The book explains various viewpoints into many slices of life through history and time. Time can be the greatest teacher of all. Because this book explains the experiences and view of the victims in a vivid way, I believe that this book will definitely be an evergreen text that will be read throughout time, and its meanings and messages can be adapted to fit whatever the reader is going through or needs help with.
The powerful read is divided into six segments with ineluctable stories that you simply will not be able to skip. The author has penned down riveting interviews and brought stories of several people whose lives were affected in different ways by the earthquake.

Kampan by Kishor Panthi - a book that reignites hope after the tragic disaster. Kampan was recently launched by two former prime ministers of Nepal – Dr. Baburam Bhattarai and Mr. Madhav Kumar Nepal. The book is now available in Nepali, and will soon be published in English for the readers who are interested in experiencing a gamut of stories through the survivors’ eyes, compelling them to march forward with hearts full of hope.

Kishor Panthi is a New York based journalist. He is the first accredited Nepali journalist by US Department of State. He is an anchor, host and US representative for ABC Television Nepal. Kishor Panthi is the primary host of the ABC Television (Nepal) talk show Talk of the Town USA. He is also the founder and editor in chief of Khasokhas Weekly, a Nepali newspaper published in New York City. He is the news editor from 2008 and US Bureau chief from 2010 of ABC Television (Nepal). He served as a news anchor and news editor in first Nepali news channel - Sagarmatha Television - from 2007. Panthi has authored a variety of articles that have appeared in many other outlets, including The Huffington Post. He writes on political, social and immigration issues. 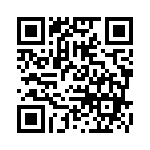