Patrick McCarthy's Bible of Karate: Bubishi is a thoroughly researched translation and commentary that will intrigue even the most advanced reader. Highly respected as a scholar, Mr. McCarthy has ... Read full review

Patrick McCarthy is one of the few foreigners to actually teach karate-do in Japan. Moreover, he is recognized as one of the foremost authorities on the civil fighting traditions of Okinawa. He is also the first Caucasian to ever be awarded the coveted Kyoshi Seventh Dan Teacher's License from Kyoto's prestigious Dai Nippon Butokukai. He has been practicing karate-do for over thirty years, and has also studied Taijiquan, White Crane, Hung Gar, Monk Fist, and Five Ancestors Fist gongfu.

During the mid-seventies, while pursuing a successful competitive career, McCarthy met the "Harvard Professor of the Martial Arts", Master Richard Kim, a disciple of whose he subsequently became in 1977. A holder of a Butokukai Hanshi Ninth Dan Master's license, Kim Sensei emphasized the importance of studying karate's nonutilitarian elements. As a result of Master Kim's influence, McCarthy undertook a deep study of karate's history and philosophy, the research for which continues to this day.

His research has brought him not only to Japan, but also Taiwan, Hong Kong, and the People's Republic of China. With an extensive background in both the Okinawan and Chinese fighting arts, McCarthy was in a unique position to research the most profound and influential document in the history of karate-do, the Bubishi. Since that time, he has interviewed and trained with the world's top masters of gongfu and karate-do while unraveling the history of this document and the fighting systems associated with it.

After moving to Japan in 1985, he became Master Kim's personal representative in Japan and in 1987 established the International Ryukyu Karate Research Society (IRKRS) as an outgrowth of his research. IRKRS is a non-profit, nonpolitical group of researchers and practitioners of budo, dedicated, but not limited, to the analysis, preservation, and promotion of karate-do.
Mr. McCarthy is a frequent contributor to martial arts magazines throughout the world, author of The Classical Kata of Okinawan Karate, Beyond Physical Training, Kata: Karate's Paragon of Mystery, and translator of Miyagi Chojun's 1934 Outline of Karate-do, The Secrets of Wudang Boxing, Taira Shinken's 1964 Ryukyu Kobudo Taikan, The Matsumura and Itosu Precepts, and the 1936 Meeting of the Okinawan Masters.

Mr. McCarthy travels around the world lecturing on karate history and philosophy, kata applications, the Bubishi, and kobudo. He can be contacted for such seminars through the publisher. 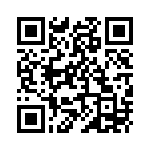