Richard Paul Evans was born in Salt Lake City, Utah on October 11, 1962. He received a B.A. degree from the University of Utah in 1984. In 1992 while he was an advertising executive, he wrote a story about parental love and the meaning of Christmas for his daughters. The story, The Christmas Box, was copied and passed around to relatives and friends, and was published. It was adapted as an Emmy-winning television movie in 1995 starring Richard Thomas and Maureen O'Hara. His other fiction works include The Locket, A Perfect Day, Promise Me, Lost December, A Winter Dream, A Step of Faith, and The Mistletoe Promise. His series include the Christmas Box series, The Walk series, and the Michael Vey series. He also writes non-fiction works including The Christmas Box Miracle: My Spiritual Journey of Destiny, Healing, and Hope; The Five Lessons a Millionaire Taught Me about Life and Wealth; The Five Lessons a Millionaire Taught Me for Women; and The Four Doors: A Guide to Joy, Freedom and a Meaningful Life. He has won several awards for his books including Romantic Times best women's novel for The Sunflower. He is also a public speaker, traveling the country to bring awareness of the problem of neglected and abused children. In 1997, he used his Christmas Box Foundation to begin a shelter for abused and neglected children called the Christmas Box House. 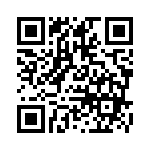