Mitchell G. Bard, Ph.D., is the executive director of the nonprofit American-Israeli Cooperative Enterprise (AICE), director of the Jewish Virtual Library, and a foreign policy analyst who lectures frequently on U.S.-Middle East policy. Dr. Bard is the author of several books, including The Water's Edge and Beyond: Defining the Limits to Domestic Influence on U.S. Middle East Policy; Forgotten Victims: The Abandonment of Americans in Hitler's Camps; The Complete Idiot's Guide to World War II and Middle East Conflict; and Myths and Facts: A Guide to the Arab-Israel Conflict. Moshe Schwartz is an analyst for the federal government. He worked for the Israeli government at the Permanent Mission of Israel to the United Nations and at the Consulate General of Israel in New York. For three years he served as an assistant district attorney in Brooklyn. Subsequently, he was vice president of KCSA Public Relations where he represented a number of Israeli high-tech companies. Schwartz has lectured on the Middle East throughout North America and has led two fact-finding trips to Israel. 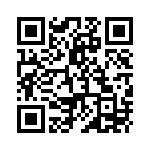