The great gift for lovers of ballet . Leer reseńa completa

George Balanchine, former ballet master of the New York City Ballet, started his career in the Imperial Russian Ballet Academy. He later joined the great Diaghilev company in Europe, becoming ballet master for that group at the age of twenty-one. In 1933 he came to New York at the invitation of the Lincoln Kirstein to found the School of American Ballet. He has been ballet master for numerous companies and his ballets are in the repertoires of distinguished ensembles in the United States and abroad. Among the more than 100 ballets he has choreographed are Apollo, Prodigal Son, Symphony in C, Orpheus, Agon, Liebeslieder Walzer, and the full-length A Midsummer Night's Dream.

Francis Mason has been writing about dance since 1950 when he became The Hudson Review's first ballet critic. He has been president of the board of directors of the Martha Graham Center for Contemporary Dance, vice president of Ballet Review, and a member of the Committee for the Dance Collection of the New York Public Library. He has worked with George Balanchine on two editions of Balanchine's Complete Stories of the Great Ballets. 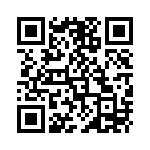