Charles Kaiser was born in Washington D.C. but was raised in several different cities throughout the world. He was schooled at Columbia University, where he later became a professor. Kaiser also taught at Princeton University and was a writer for the New York Times, The Wall Street Journal, and Newsweek. Along with contributing articles to New York, Vanity Fair, Rolling Stone, The Washington Post, and The New York Observer, Kaiser wrote two books: 1968 in America and Gay Metropolis: 1940-1996. 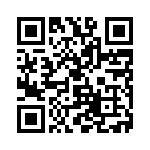