Michael Howard is a senior security program manager in the security engineering group at Microsoft Corporation, and a co-author of the award-winning Writing Secure Code. He is a co-author of Basic Training in IEEE Security and Privacy Magazine and a co-author of the National Cyber Security Task Force “Processes to produce Secure Software” document for the Department of Homeland Security. As an author of the Security Development Lifecycle, Michael spends most of his time is spent defining and enforcing security best practice and software development process improvements to deliver more secure software to normal humans.

David LeBlanc, Ph.D., is currently Chief Software Architect for Webroot Software. Prior to joining Webroot, he served as security architect for Microsoft's Office division, was a founding member of the Trustworthy Computing Initiative, and worked as a white-hat hacker in Microsoft's network security group. David is also co-author of Writing Secure Code and Assessing Network Security, as well as numerous articles. On good days, he'll be found riding the trails on his horse with his wife, Jennifer.

John Viega discovered the 19 deadly programming flaws that received such press and media attention, and this book is based on his discovery. He is the Founder and Chief Scientist of Secure Software(www.securesoftware.com), is a well-known security expert, and coauthor of Building Secure Software (Addison-Wesley), Network Security with OpenSSL (O'Reilly) an Adjuct Professor of Computer Science at Virginia Tech (Blacksburg, VA) and Senior Policy Researcher at the Cyberspace Policy Institute, and he serves on the Technical Advisory Board for the Open Web Applications Security Project. He also founded a Washington, D.C. area security interest group that conducts monthly lectures presented by leading experts in the field. John is responsible for numerous software security tools, and is the original author of Mailman, the GNU mailing list manager. He holds a B.A. and M.S. in Computer Science from the University of Virginia. He is the author or coauthor of nearly 80 technical publications, including numerous refered research papers and trade articles. He is coauthor of Building Secure Software, Network Security and Cryptography with OpenSSL and The Secure Programming Cookbook for C and C++. 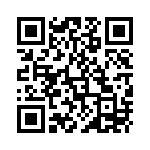