Piers Bizony has written about science and the history of technology for a wide variety of publishers in the UK and the US. A recent project, Atom, a book linked with a major BBC TV series, told the dramatic story of the rivalries and passions behind the discovery of quantum physics. The Man Who Ran the Moon picked up rave reviews for its account of NASA's lunar-era chief administrator, Jim Webb, and Starman, a gripping biography of Yuri Gagarin (co-authored with Jamie Doran) was optioned earlier this year. A feature film is being planned. Histext for The Making of Stanley Kubrick s '2001: A Space Odyssey' is a much extended and updated version of his bestselling 1994 monograph 2001: Filming the Future.

Arthur C. Clarke was born in Minehead, Somerset, England, on December 16, 1917. During World War II, he served as a radar specialist in the RAF. His first published piece of fiction was Rescue Party and appeared in Astounding Science, May 1946. He graduated from King's College in London with honors in physics and mathematics, and worked in scientific research before turning his attention to writing fiction. His first book, Prelude to Space, was published in 1951. He is best known for his book 2001: A Space Odyssey, which was later turned into a highly successful and controversial film under the direction of Stanley Kubrick. His other works include Childhood's End, Rendezvous with Rama, The Garden of Rama, The Snows of Olympus, 2010: A Space Odyssey II, 2062: Odyssey III, and 3001: The Final Odyssey. During his lifetime, he received at least three Hugo Awards and two Nebula Awards. He died of heart failure on March 19, 2008 at the age of 90. 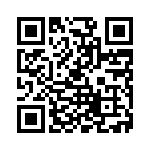