25 days to better thinking & better living: a guide for improving every aspect of your life

Elder and Paul, both specialists in the area of critical thinking, present a 25-step plan for overcoming bad thinking habits and, in turn, improving oneĂƒÂŻĂ‚ÂżĂ‚Â˝s quality of life. Starting with the ... Read full review

Dr. Richard Paul is Director of Research and Professional Development at the Center for Critical Thinking and Chair of the National Council for Excellence in Critical Thinking. He is an internationally recognized authority on critical thinking, with nine books and more than 200 articles on the subject. His views on critical thinking have been canvassed in the New York Times, Education Week, The Chronicle of Higher Education, American Teacher, Reader's Digest, Educational Leadership, Newsweek, and U.S. News and World Report.

The works of Linda Elder and Richard Paul have been translated into Spanish, French, German, Italian, Japanese, and Chinese. Translations are underway in Russian, Malay, and Korean. The growing demand for translations into increasing numbers of languages testifies to the emerging international recognition of the importance of critical thinking in human life and work and of the authoritative nature of the contribution of Paul and Elder in the field.

The Foundation for Critical Thinking seeks to promote essential change in society through the cultivation of fair-minded critical thinking, thinking predisposed toward intellectual empathy, humility, perseverance, integrity, and responsibility. In a world of accelerating change, intensifying complexity, and increasing interdependence, critical thinking is now a requirement for economic and social survival. Contact the Foundation for Critical Thinking at www.criticalthinking.org. 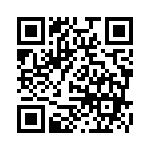