Scott C. Sterling is originally from Portland, Oregon and moved to Denver, Colorado at the age of thirteen. He is the author of Teenage Degenerate, a memoir about drug addiction and growing up. His follow-up book 33 Percent Rockstar: Music, Heartbreak and the Pursuit of Rock Stardom is a Music Biography about the vast majority of musicians who never achieve rock stardom. 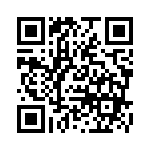