Duncan MacLeod is a native Californian who was transplanted to the East Coast for boarding school and a failed semester at an Ivy League school. He returned to California to finish his education at San Francisco State University, where he majored in Film and Italian. He directed a feature documentary about Mexican wrestling called "La Lucha/The Struggle," performed lead autoharp in the band "The Acres," and is author of the semi-autobiographical novels "5150" and "Half." Currently, he lives in greater Los Angeles with his husband Rafael and his dog Patsy. He just finished and published the third book in the series, "M3X1(0", which picks up where Half left off. It transports the reader through Mexico during an economic crisis in 1988.

Duncan wrote 5150 to help the friends and loved ones of a mental patient better understand how the world might look through their eyes during an episode. It is his sincere hope that this novel will comfort them and offer them hope. 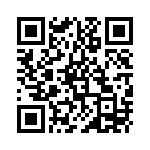