I purchased this for a friend to update an older version he already had. He was very pleased with it. Overstock had a slightly better price on this item that ******. Read full review

Modern Book with all the History needed

The book was just as described and although i needed it for a class i feel that i will use it as reference for a lot of my future architectural experiences. Read full review 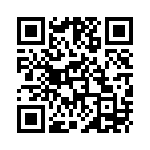