William Hohl held the position of worldwide university relations manager for ARM, based in Austin, Texas, for 10 years. In total, he was with ARM for nearly 15 years and began as a principal design engineer to help build the ARM1020 microprocessor. His travel and university lectures have taken him to over 40 countries on 5 continents, and he continues to lecture on low-power microcontrollers and assembly language programming. In addition to his engineering duties, he also held an adjunct faculty position in Austin from 1998 to 2004, teaching undergraduate mathematics. Before joining ARM, he worked at Motorola (now Freescale Semiconductor) in the ColdFire and 68040 design groups and at Texas Instruments as an applications engineer. He holds MSEE and BSEE degrees from Texas A&M University as well as six patents in the field of debug architectures.

has worked in the microprocessor design field for over 25 years, holding design positions at Motorola (now Freescale Semiconductor), AMD, and ARM. While at ARM, he was the primary author of the ARM VFP floating-point architecture and led the design of the ARM10 VFP, the first hardware implementation of the new architecture. He recently joined the Patents Group in ARM, identifying patentable inventions within the company and assisting in patent litigation. He holds BSEE and MSEE degrees from Texas A&M University and an M.Div from Oral Roberts University, where he worked to establish the School of Engineering, creating and teaching the first digital logic and microprocessor courses. He has numerous published papers and presentations on the floating-point architecture of ARM processors, and is a named inventor on over 30 US patents in the areas of floating-point implementation, instruction set design, and circuit design. 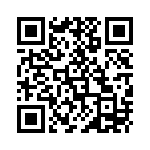