The biography of John Nash a brilliant man whose mental illness interrupts his life and affects those around him. He seems to be different or strange long before the mental illness takes over his life ... Read full review

The true story of John Nash, the math genius who was a legend by age thirty when he slipped into madness; through the selflessness of a beautiful woman and the loyalty of the mathematics community he emerged after decades of ghostlike existence to win a Nobel Priz Read full review

Sylvia Nasar is an economics correspondent for The New York Times. She lives in Tarrytown, New York. 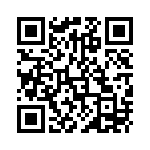