Very, very interesting. Benjamin Franklin, while definitely a strange fellow, was certainly a genius and one of the best writers of all time. What scares me is that because he's so good, he almost ... Vollständige Rezension lesen

Walter Isaacson is the author of Benjamin Franklin: An American Life and the president and CEO of the Aspen Institute. He has been the chairman and CEO of CNN and the managing editor of Time magazine. He is the author of Kissinger: A Biography and coauthor of The Wise Men: Six Friends and the World They Made. He lives with his wife and daughter in Washington, D.C., and Aspen, Colorado. 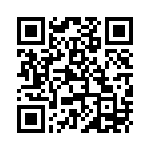