Edward Lear (1812-88) was an English painter and writer known primarily for his nonsense verse and for popularizing the limerick. His poem 'The Owl and the Pussycat' remains one of the nation's favourites. An intrepid traveller, Lear explored Syria, Egypt and India, among many other places. He published three volumes of bird and animal drawings, seven illustrated travel books and four books of nonsense. 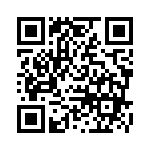