A BREED APART: One Man's Journey to Redemption

Biting autobiography of a young black man who despised his middle-class upbringing and turned to crime in a futile effort to break free, but ultimately came to terms with his self-destructive behavior ... Read full review

A breed apart: a journey to redemption

Woods is an African American who grew up in the affluent, largely white, northwest suburbs of Chicago in the 1970s and 1980s. Consistently rebelling against his parents and the privileged lifestyle ... Read full review 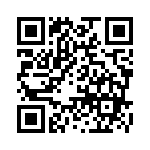