Everyone can accept that class struggle on behalf of the unwashed masses manifests as strikes and revolutions. But what about the other way? That's the void that Harvey's consistently addresses: the ... Read full review

Excerpted from Inside Higher Ed with permission. If you’re wondering how government got so caught up in the well-being of Wall Street, I have a book for you: A Brief History of Neoliberalism by David ... Read full review

David Harvey is Distinguished Professor of Anthropology at the Graduate Center of the City University of New York. He formerly held professorial posts at Oxford University and The Johns Hopkins University, and has written extensively on the political economy of globalization, urbanization, and cultural change. Oxford University Press published his book 'The New Imperialism' in September 2003 (reissued in paperback February 2005). 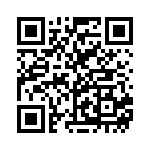