This is very excellent book study for Saudi Arabia.

Author and journalist James Wynbrandt began studying Arabic in Damascus, Syria. and continued his education in the language and the region's culture and history at New York University's Hagop Kevorkian Center for Middle Eastern Studies. He is the author of A Brief History of Pakistan for Facts On File.
Foreword author Fawaz A. Gerges has been appointed Chair at the London School of Economics and Political Science. He obtained an M.Sci. from the London School of Economics and a D.Phil. from Oxford University. A consultant and regular commentator for ABC News, Gerges has appeared on many television and radio networks throughout the world, including CNN, CBS, NPR, and the BBC. 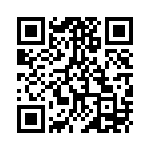