I saw my Court Room design for Federal Court Room in this book. My name is Munin Choudrey , architect designed this court when I was a design partner in UDG.The building was designed by architect Mies Van der Rohe
How do I get a copy? They wrote about me on page 247 or similar , name is highlighted in yellow.

Richard Cahan is the author of They All Fall Down (Preservation Press, 1995), a biography of architectural preservationist Richard Nickel, and co-author of The Game That Was (NTC/Contemporary Publishing,1997), a look at a historically significant collection of major league baseball photos and Chicago: Rising from the Prairie (Heritage Media Corporation, 2000). He has worked as a writer, editor and photo director in Chicago since 1975.

Judge Marvin Aspen is the Edward Avery Harriman Adjunct Professor of Law at the Northwestern University School of Law and a former chief judge for the Northern District of Illinois. 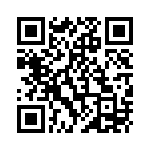