It would no doubt discomfit Dawkins to know that I revere the words he writes with an almost religious zeal. I love his belligerence, I love his conviction, I love his passion. And I believe he's ... Read full review

Delightfully stimulating essays about a good variety of topics. Some (justified!) distrust of relativism and pseudoscience, but also tender loving parts and waxing philosophical about science, his friends, and family. Read full review

Richard Dawkins is an evolutionary biologist renowned throughout the world. He was educated at Oxford and taught zoology before becoming the first holder of the Charles Simonyi Chair of the Public Understanding of Science at Oxford University, in 1995. His previous books rank among the most influential intellectual works of our time. They include THE SELFISH GENE (1976), RIVER OUT OF EDEN (1995), and UNWEAVING THE RAINBOW (1999). 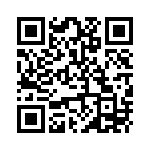