Frederick Marryat was born on July 10, 1792 in London, England. He entered the Royal Navy at the age of 14 and served with distinction in many parts of the world before retiring in 1830 with the rank of captain. From 1832 to 1835, he edited the Metropolitan Magazine. His first novel, The Naval Officer, was published in 1829. His other adult novels include Mr. Midshipman Easy, The Kings Own, Newton Forster, Peter Simple, Jacob Faithful, and The Phantom Ship. He also wrote a number of children's books including Masterman Ready, Settlers in Canada, The Mission, The Children of the New Forest, and The Little Savages. He travelled in Canada and the United States from 1837 to 1839. Afterward, he recorded his impressions in A Diary in America. He died on August 9, 1848. 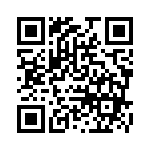