Samuel Johnson (1709-1784) - English poet, essayist, critic, journalist, lexicographer, conversationalist, regarded as one of the outstanding figures of 18th-century life and letters. Johnson's literary reputation is part dependent on James Boswell's biography The Life of Samuel Johnson LL.D. (1791). In addition to his Dictionary and the philosophical romance of THE PRINCE OF ABYSSINIA (1759, later known as RASSELAS), Johnson published essays in The Adventurer (1752-54) and The Idler (1758-60). He wrote a number of political articles, biographies of Sir Thomas Browne and Roger Ascham, and contributed to the Universal Chronicle. David Crystal is Honorary Professor of Linguistics at the University of Wales, Bangor. He has published over 90 books and was awarded the OBE for services to the English language in 1995. He is the author of the Penguin Encyclopedia, the Penguin Factfinder, Stories of English and The Shakespeare Miscellany among other books published by Penguin. 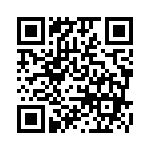