Jeffrey Lesser is Winship Distinguished Research Professor of the Humanities, Professor of History, and Director of the Program in Latin American and Caribbean Studies at Emory University. His books include Searching for Home Abroad: Japanese-Brazilians and Transnationalism and Negotiating National Identity: Immigrants, Minorities, and the Struggle for Ethnicity in Brazil, both also published by Duke University Press. 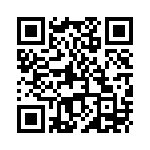