She is my favorite and this book did not disappoint. Gives a great overview of the dress and the process - perfect for a royal watcher or fashionista Read full review

The book is filled with lots of inside information about the selection of the dress and how it came to be. Read full review

David now runs David Emanuel Couture and designs for an international clientele. He has also diversified into television, hosting several of his own series including Designed by Emanuel and the highly successful TV show Shop the World. David writes his own newspaper column as Style Editor. 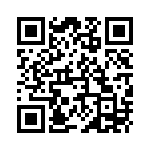