Thumbs down to this book for showing a snapping turtle being held by its tail.

really that book is so lame try harder next time xoxo: not trying to be mean oh what I am

Roger Tory Peterson, one of the world's greatest naturalists, received every major award for ornithology, natural science, and conservation as well as numerous honorary degrees, medals, and citations, including the Presidential Medal of Freedom. The Peterson Identification System has been called the greatest invention since binoculars.

The late JOSEPH T. COLLINS was the herpetologist with the Kansas Biological Survey and emeritus at the University of Kansas Natural History Museum, where he worked for thirty years. He was founder and director of the Center for North American Herpetology and author of many articles and books, most recently Amphibians, Reptiles, and Turtles in Kansas (2010; with Suzanne L. Collins and Travis W. Taggart). 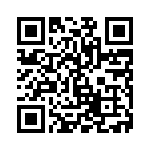