TIM DeROCHE is a consultant and writer based in Los Angeles. For twenty years, he has worked with clients in K-12 education, serving public school districts, charter school networks, and curriculum developers. He has written for Education Week, the LA Business Journal, and the Washington Post. He is an alumnus of both the international consulting firm McKinsey & Company and the PBS Producers Academy. His first book The Ballad of Huck & Miguel-a retelling of Huck Finn set on the Los Angeles River-was an Amazon bestseller.

GLORIA ROMERO is the co-founder and Executive Director of Scholarship Prep Public Schools. In 2001 she was elected to the 24th Senate District of California, representing East Los Angeles and eastern Los Angeles County until 2010. She was chosen by her peers to serve as Senate Democratic Caucus Chair and as Senate Majority Leader the first woman to ever hold that leadership position. She also served as Chair of the Senate Education Committee. 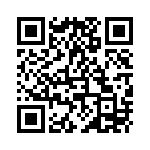