William C. Davis is the author or editor of nearly fifty books on Civil War and southern history. For many years the editor and publisher of Civil War Times magazine, he divides his time between consulting on the production of film and television documentaries and writing books for publishers in the United States and England. Davis lives in Mechanicsburg, Pennsylvania. 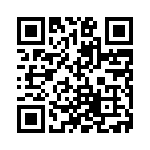