A fly for the prosecution: how insect evidence helps solve crimes

This is a lively and informative firsthand account of forensic entomology in the United States. Goff (entomology, Univ. of Hawaii, Manoa) is a consultant to the Medical Examiner of Honolulu. He is ... Read full review

This is my favorite book on forensic entomology. Written by one of the top experts in the field. Read full review 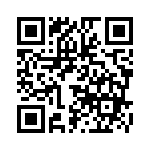