To talk about someone clearly less important than Jesus, I’ve heard Christians before talk about Bob Dylan—‘serve somebody’—but it’s always, before, been in this very dishonest way. That is, they ... Read full review

In this classic of the Emergent Church pantheon, Brian McLaren presents his famous analysis of the Seven figures of Jesus which he has known: Conservative/Protestant, Pentecostal/Charismatic, Roman ... Read full review

Brian D. McLaren is a prominent, controversial evangelical pastor. He was recognized as one of Time magazine's "25 Most Influential Evangelicals in America" in 2005, and is the founding pastor of Cedar Ridge Community Church in Spencerville, Maryland. Born in 1956, Brian McLaren graduated from the University of Maryland, College Park, with BA and MA degrees in English. After several years of teaching English and consulting in higher education, he left academia in 1986 to become the founding pastor of Cedar Ridge Community Church, a nondenominational church in the Baltimore-Washington region. Many of the books that McLaren has authored, including the "A New Kind of Christian" trilogy, deal with Christianity in the context of the cultural shift towards a new emerging church movement. 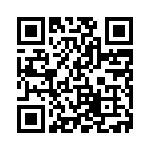