In 1922, Count Alexander Ilyich Rostov is sentenced by the Bolsheviks to spend his life under house arrest in Moscow’s Metropol Hotel. This is the story of a fictional Count’s next thirty years as he ... Read full review

Count Alexander Rostov is lucky to be alive, one might think. When he appears before a Bolshevik tribunal in 1922, he might be sent up against the wall. Instead, he is sentenced to house arrest at his ... Read full review 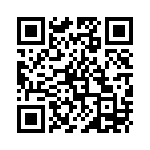