A GREAT AND GLORIOUS GAME: Baseball Writings of A. Bartlett Giamatti

Giamatti died just nine years ago, after having served as commissioner of baseball for only five months. Already, however, a Greek word that appears several times in this slim collection applies to ... Read full review

Giamatti thought more deeply than anyone about the meaning of baseball to the American people.

Kenneth S. Robson, M.D., is a professor of psychiatry at the University of Connecticut, a clinical professor at Yale University, his alma mater, and a practicing child and adolescent psychiatrist.

David Halberstam was born on April 10, 1934 in New York City and later attended Harvard University. After graduating in 1955, Halberstam worked at a small daily newspaper until he attained a position at the Nashville Tennessean. Halberstam has written over 20 books including The Children, a written account of his coverage of the Civil Rights Movement; The Best and Brightest, which was a bestseller; and The Game and October, 1964, both detailing his fascination of sports. Halberstam also won a Pulitzer Prize for his reports on the Vietnam War while working for the New York Times. He was killed in a car crash on April 23, 2007 at the age of 73. 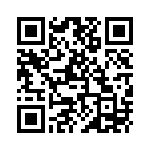