Apart from being a nice guide to Kernel Exploitation this book serves as a good reference for XNU kernel too, which has very less literature online or offline. 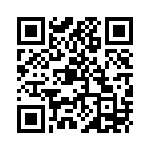