A handbook for constructive living

David K. Reynolds is recognized as the leading Western authority on Japanese psychotherapies. He is a former faculty member of the UCLA School of Public Health, the USC School of Medicine, and the University of Houston. His books have been published by university presses (California, Chicago, Hawaii, and New York) and popular presses in the U.S., Japan, China, Europe, Australia, and elsewhere. In 1988 the World Health Organization sent Dr. Reynolds to China to train psychiatrists there in Constructive Living. He currently lectures and conducts workshops around the Pacific, including approximately three months in spring and three months in fall in Japan lecturing and consulting in Japanese. He is the only non-Japanese to receive the Kora Prize and the Morita Prize by the Morita Therapy Association of Japan. 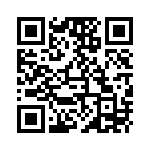