Cassandra Clare was born Judith Rumelt on July 27, 1973, in Teheran, Iran. After college, she lived in Los Angeles and New York where she worked at various entertainment magazines. She became a full-time author in 2006. Her first novel, City of Bones, was published in 2007 and received numerous awards including an American Library Association Teens Top Ten Award in 2008, the Abraham Lincoln Illinois High School Book Award in 2010, and the Pacific Northwest Library Association Young Reader's Choice Award in 2010. Her works include The Mortal Instruments series, the Infernal Devices trilogy, Geektastic: Stories from the Nerd Herd, the Magisterium series written with Holly Black, and The Dark Artifices series.

Cassandra Jean is an illustrator and comic artist who spends her days toiling with a pen in her hand and her faithful dog sleeping at her feet. The radio is always on, and Gatorade is a constant source of power! nbsp; 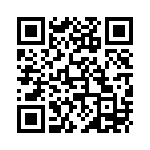