Although associated with a BBC TV programme, this is a very enjoyable and readable (if at times opinionated) account of the creation of the country we now call Scotland. It is especially good at ... Read full review

Neil Oliver is a Scottish archaeologist, historian, broadcaster and writer who has become widely known as the presenter of BBC's flagship series A History of Scotland.

Before that, his distinctive style was much in evidence as the charismatic presenter of the award-winning multi-part documentary series Coast and the author of its tie-in book.

His archaeological training at Glasgow University was put to good use in BBC2's series Two Men in a Trench where he visited historic British battlefields and attempted to recreate the events of each battle. He co-wrote the two accompanying books. He has also presented the BBC series A History of Ancient Britain, Vikings, The Last Explorers and Sacred Wonders of Britain, as well as Coast Australia. He lives in Stirling with his wife and three children. 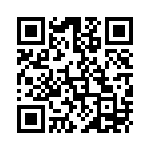