Although weighty in both the literal and metaphorical sense of the word, this turned out to be quite a worthwhile book. It covers the history of Venice from 421 CE to 1797 CE. The Most Serene Republic ... Les hele vurderingen

Another absolutely brilliant book by John Julius Norwich. Incredibly researched, full of amazing details (and the wisdom to have skipped all those details when they didn't contribute to the story ... Les hele vurderingen

John Julius Norwich was born in 1929. He was educated at Upper Canada College, Toronto, at Eton, at the University of Strasbourg and, after a spell of National Service in the Navy, at New College, Oxford, where he took a degree in French and Russian. In 1952 he joined the Foreign Service, where he remained for twelve years, serving at the embassies in Belgrade and Beirut. In 1964 he resigned from the service to write. He is the author of histories of Norman Sicily, the Republic of Venice and the Byzantine Empire. He has written and presented some thirty historical documentaries on television, and is a regular lecturer on Venice and numerous other subjects. 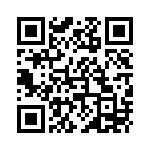