William (Eddie) Edmundson works as a consultant and writer in Recife, Brazil, following a career in teacher training and management with the British Council that has taken him to Colombia, Mexico, Brazil, Chile, and his most recent appointment as Director Cuba. Fluent in Spanish (and Portuguese), he started research into the history of the British presence in Chile while Director of the Chilean-British Institute in Concepción, in 1984-1990. His most recent book also has a strong focus on Chile - The Nitrate King: A biography of John Thomas North, published April 2011. William Edmundson has also published widely on English language teaching, and on the survival of steam locomotives in Latin America. 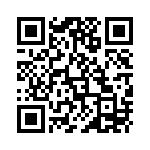