Hannah Forsyth is a historian of modern Australia and an educator at the Australian Catholic University. She is the author of New Year’s Eve in Sydney: A History of Urban Carnival. 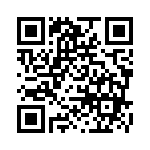