At age 14, Freddi Zeiler decided she wanted to make a difference in the world. There were so many charitable organizations to choose from that she didn't know where to start-so she decided to research them all. To make it easier for other children to make a difference and get involved, Freddi has broken down her findings in A Kid's Guide to Giving, an accessible guide to giving money and time, donating goods, and organizing charity events.nbsp;

Ward Schumaker is a San Francisco-based illustrator, working world-wide for diverse clients like Hermčs, NYTimes, LATimes, Le Figaro, and United Airlines' Hemispheres. He also worked on many books--including three for children in whichnbsp;he both wrote and illustrated the text: Dance!, Sing a Song of Circus,nbsp;and In My Garden (published in Japanese, as well as English).nbsp;Ward is married to illustrator Vivienne Flesher. 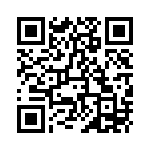