This is the first book of my #DontJudgeABookByItsCoverChallenge although it is an older purchase. I was in a book binge mood a few months ago and selected this one from Better World Books based only ... Read full review

A LIFE WITHOUT CONSEQUENCES

A slim and bleak coming-of-age debut, set during the 1980s among orphans in Chicago.Elliott deliberately lures the reader into interpreting the novel autobiographically by including an Author's Note ... Read full review 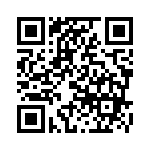