PAUL BUDRA is an assistant professor in the Department of English, Simon Fraser University. He is co-editor of Part Two: Reflections on the Sequel (1998). 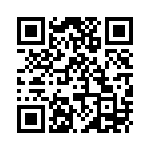