A potted history of little depth but with relevant information for anyone interested in the 2016, sound bite, election coverage that our estimable mainstream media thinks is all we are entitled to ... Read full review

I bought this book at Half Off Books on Camelback road as a result of the recent immigration law in Arizona (SB 1070). If immigration reform being in the headlines again and me being on a recent ... Read full review

JOHN FITZGERALD KENNEDY (1917-1963), commonly referred to by his initials JFK, was an American politician who served as the 35th President of the United States from January 1961 until his assassination in November 1963. During his presidency, The Cuban Missile Crisis, The Bay of Pigs Invasion, the Nuclear Test Ban Treaty, the establishment of the Peace Corps, developments in the Space Race, the building of the Berlin Wall, the Civil Rights Movement, the "New Frontier" domestic program, abolition of the federal death penalty in the District of Columbia, and increased U.S. involvement in the Vietnam War all took place. 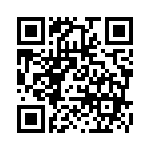