Sir Anthony Kenny is one of Britain's most distinguished academics. He has been Pro-Vice-Chancellor of the University of Oxford, Master of Balliol College, and President of the British Academy. He is one of very few philosophers who have made significant contributions to the study of ancient philosophy, medieval philosophy, early modern philosophy, and twentieth-century philosophy. He is particularly well known for his work on Aristotle, Aquinas, Descartes, and Wittgenstein. He has also published acclaimed books on the philosophy of mind and action and the philosophy of religion. 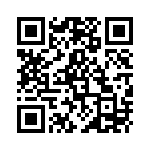