Immaculée Harushimana is a 2018-2019 Fulbright Scholar (Malawi) and Associate Professor of TESOL and English education in Lehman College, City University of New York. Her major area of inquiry is in critical linguistics and its implications for literacy instruction to adolescents in a globalized world. The underlying theme of Harushimana's research is linguicism as reflected through African-born immigrants' academic and professional integration, multilingual identities, and alternative discourses. Harushimana's research and writings have been published in edited volumes and refereed professional journals. Her books include Reprocessing race, language and ability: African-born educators and students in transnational America(2013), which brings together the experiences of African-born teacher educators, k-12 teachers and secondary youth in the USA and Canada. Her 2016 book African immigrants' experiences in American schools: Complicating the race discourse, co-authored with Dr. Shirley Mthethwa-Sommers, explores the effect of intersecting issues of race, nationality, and spirituality on the schooling adaptation of African-born children in western school settings. Currently, Harushimana is lead editor and contributor to her third book entitled, Paradise to Regain: Post-Obama Insights from Women Educators in the Diaspora, under contract with Myers Education Books (2019).

Mary Alfred is Professor of Adult Education in the College of Education and Human Development (CEHD) at Texas A&M University. She is the Executive Director of the Texas Center for the Advancement of Literacy and Learning (TCALL), the statewide professional development and resource center for adult and literacy education providers in the state of Texas. Her research interests include women of color in STEM, international adult education, sociocultural contexts of immigration and adult learning, social welfare and economic disparities among low-income and low-literate adults, and issues of diversity and equity in higher education and in the workplace. She received her Ph.D. in Education Administration with a focus in Adult Education and Human Resource Development Leadership from the University of Texas at Austin.

R. Deborah Davis is a Full Professor Emeritus from State University of New York at Oswego, School of Education in Curriculum & Instruction where she has taught Culturally Relevant Teaching and Foundations of Education courses for the past seventeen years. Dr. Davis earned her Doctorate (1996) in Higher Education Administration from Syracuse University, MPA (1991) S U, and BA (1988) from Columbia College, Missouri. Served as the Diversity Coordinator, School of Education; Director of Teacher Opportunity Corps grant (NYS Dept of Ed - 2008-2011; 2011-2014; 2014-2017); Member - Oswego Project SMART Professional Development team with the Syracuse City School District until her retirement in January 2017. Continues to volunteer as the Community representative at Van Duyn Elementary School. 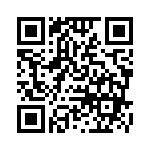