I wanted to like this book more than I did. Parts of the books made me feel like I was walking the lanes of the French towns, but some of the book was a bit dry and boring. I enjoyed the photos of the ... Read full review

A PLACE IN NORMANDY

Quaint, quirky, leisurely, and often confiningly parochial, this is a paean to the rambling farmhouse in Normandy that's been in his family since 1920 and that Kilmer can't resist trying to restore to ... Read full review

Nicholas Kilmer is the author of Harmony in Flesh and Black, Man with a Squirrel, and O Sacred Head, the first three installments in the Fred Taylor mystery series, which take place in Boston's art world. He lives in Cambridge, Massachusetts. 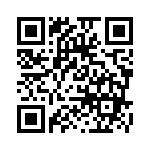