Sam Hamill was raised on a farm in Utah and endured an early life of violence, drug abuse, and jail time. He was a teenage heroin addict when he discovered poetry. He studied under poet Kenneth Rexroth at the University of California, Santa Barbara. While a student, Hamill won a $500 award for producing the best university literary magazine in the country. With that money he co-founded the all-poetry Copper Canyon Press with Bill O'Daly and Tree Swenson. Hamill was editor for the press from 1972 until 2004. Hamill was a poet and translator. His collections of poetry included Destination Zero: Poems 1970-1995, Gratitude, Dumb Luck, Almost Paradise: New and Selected Poems and Translations, Measured by Stone, and Habitation: Collected Poems. His translated works include Narrow Road to the Interior: And Other Writings by Matsuo Basho, The Poetry of Zen, and The Essential Chuang Tzu. He won two Washington Governor's Arts Awards, the Stanley Lindberg Lifetime Achievement Award for Editing, and the Washington Poets Association Lifetime Achievement Award. He died on April 14, 2018 at the age of 74. 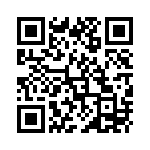